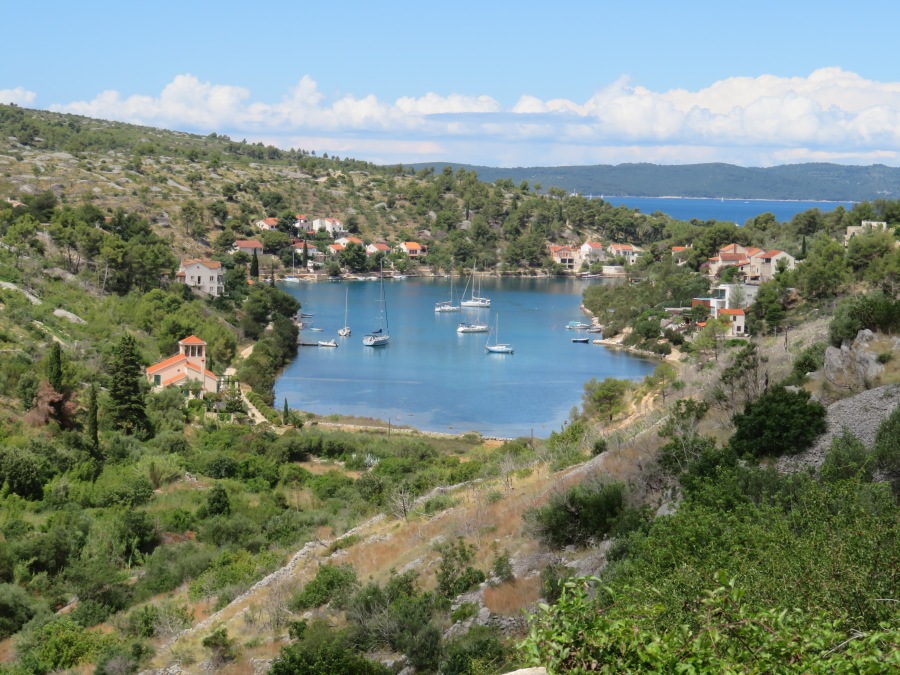 The Croatian coast with all its islands (more than a 1,000 islands  – mostly uninhabited) has to be one of the most scenic spots on the Mediterranean where the bar is very high. The local legend is told as follows:

Once when God decided to divide lands to each nations. So he gave a piece of land to Danish people, a piece of land to German than piece to Italians… and after a while he became tired and fell asleep. Then a Croatian came to him and tried to wake him up.

When God saw him he asked him “What’s happened to you , you look so sad?”.

The Croatian said: ” Well you gave all lands to people in the world but you forgot us, us Croatians”.

Still sleepy, God looked at him and after couple seconds he told him: “Ok I will give you what I have saved for my self! “.

Our ride from Italy to the Istrian peninsula and our week on the island of Molat certainly supported this legend, and yet somehow, Split and the islands off its coast kicked it up a notch.

After arriving in Split and biking around Split, we began our island cycling on Brač , a picturesque island known for its quarries and high-quality stone as well as its high-quality roast goat and lamb (which the Croatians take very seriously – it is delicious).  From Split, a short ferry ride (roughly 50 minutes) took us to the village of Supetar.  It also happens to be the largest island in Dalmatia  with an interesting history.

The island, like most over here, is dotted with beautiful harbors and villages surrounded by the clearest, most beautiful water in glorious shades of green and blue.  And the islands are perfect for cycling.  The cycling routes are usually undulating with good hills descending to the water and then a climb back to the main navigation route.  Our cycling route on Brac took us thru the alluring villages of Milna, Mirca and Bobvisca, just to name of few. 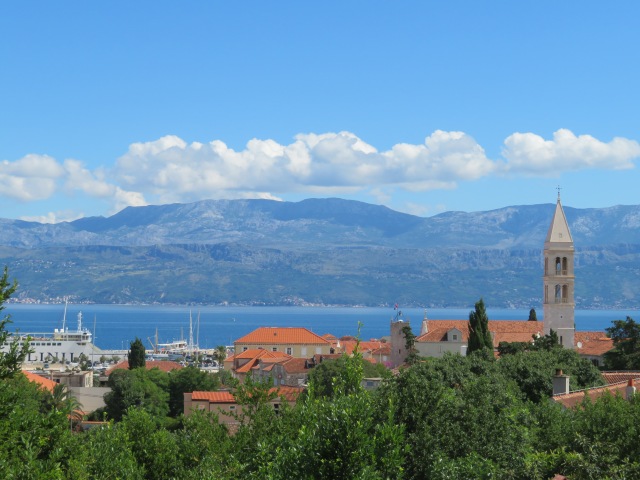 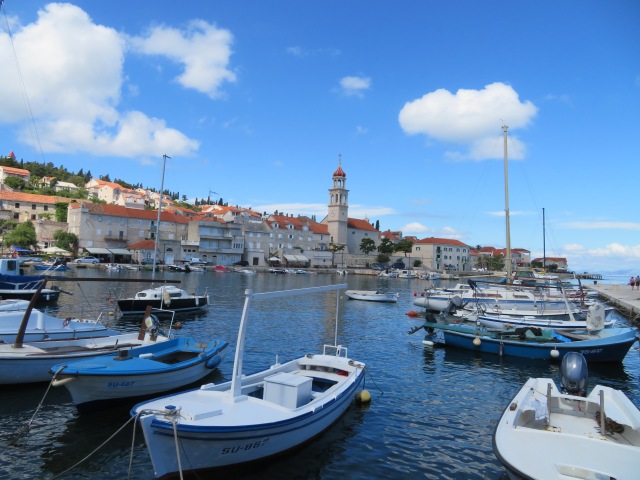 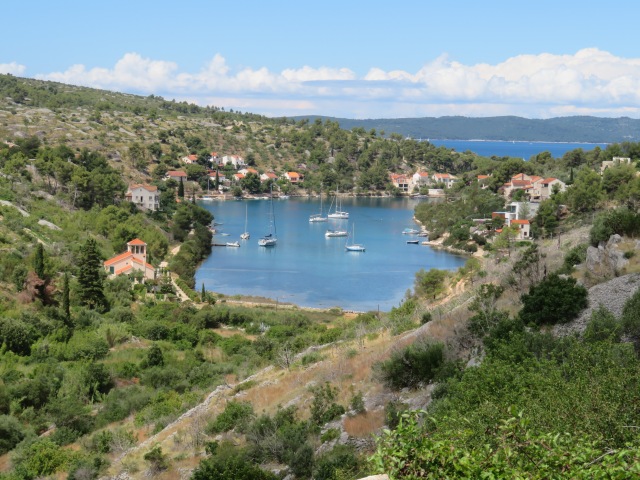 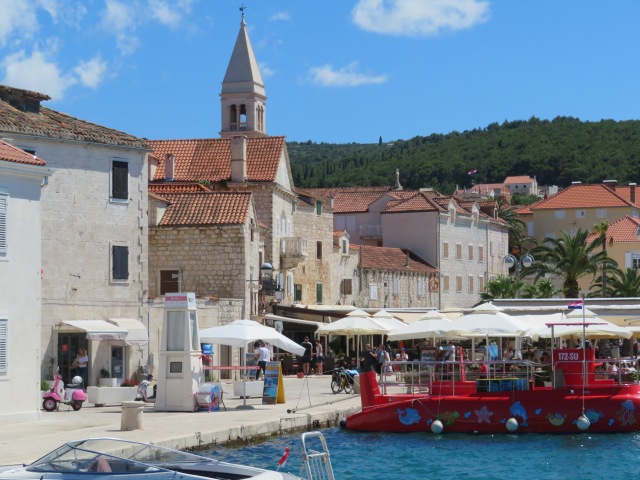 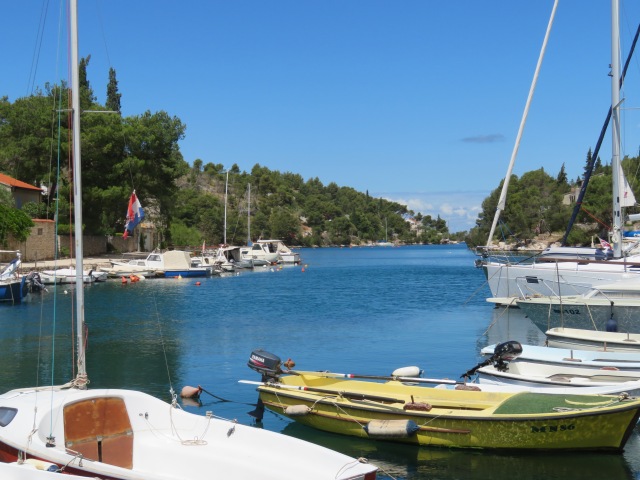 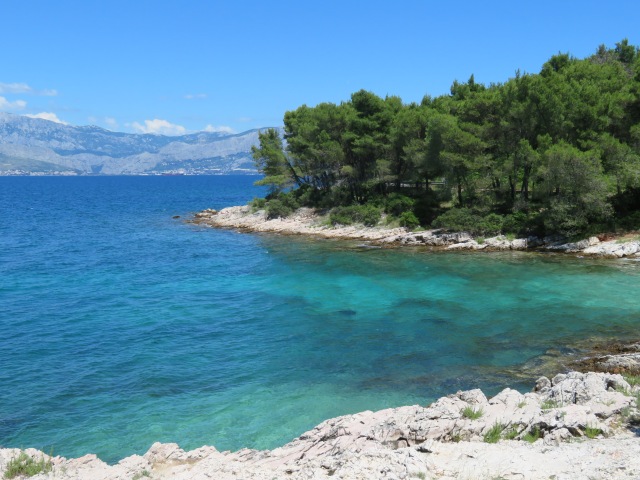 Brač , while populated (roughly 14,000 inhabitants), did not have too much traffic, and the cycling route could not have been better with good tarmac and plenty to see. 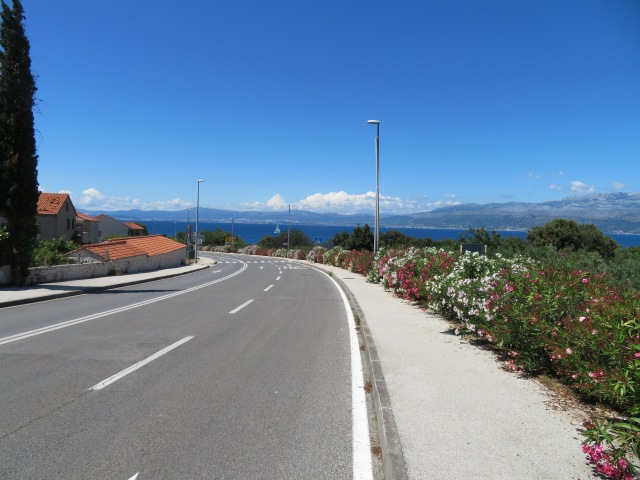 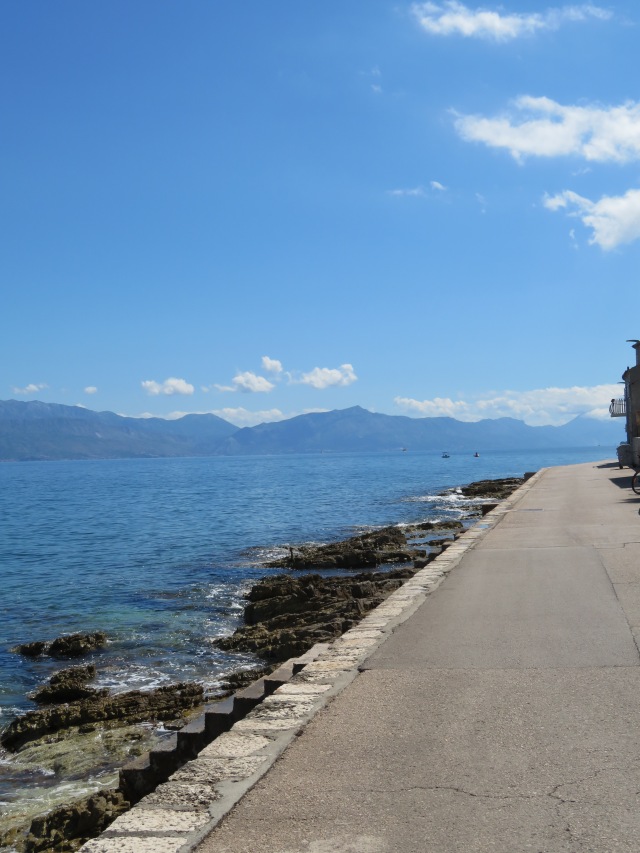 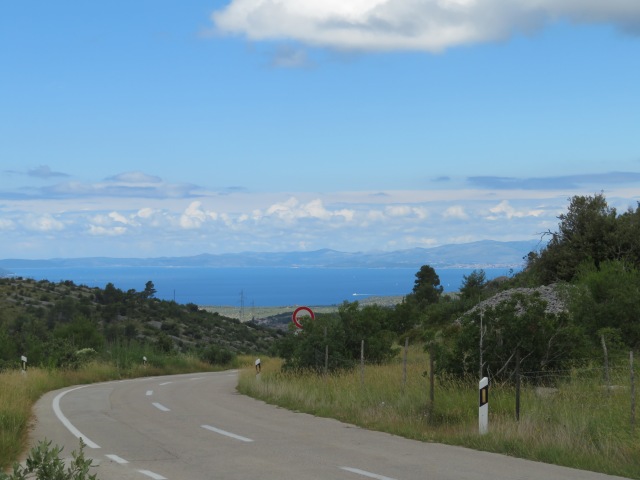 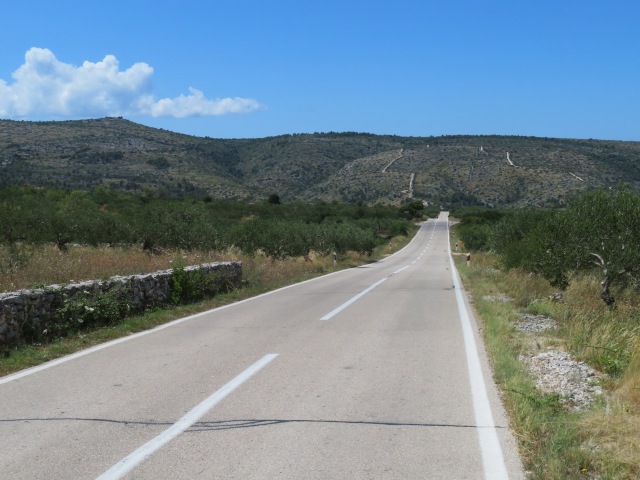 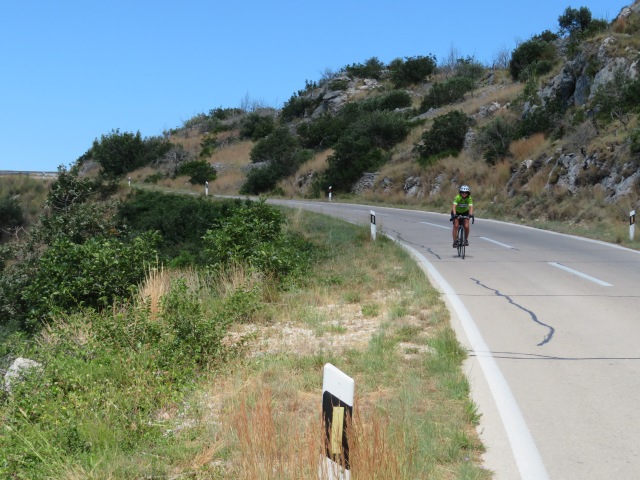 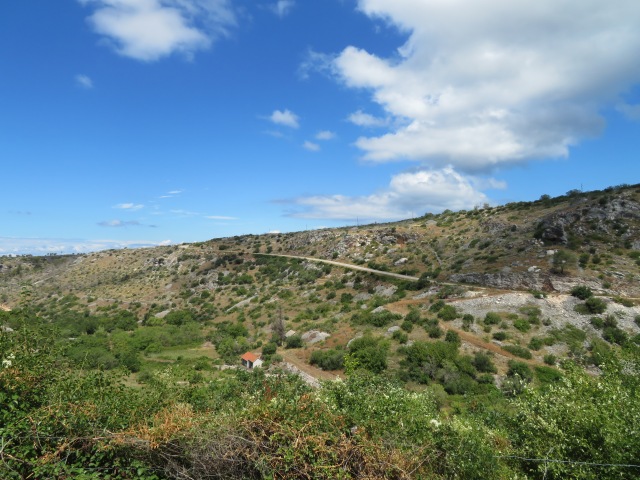 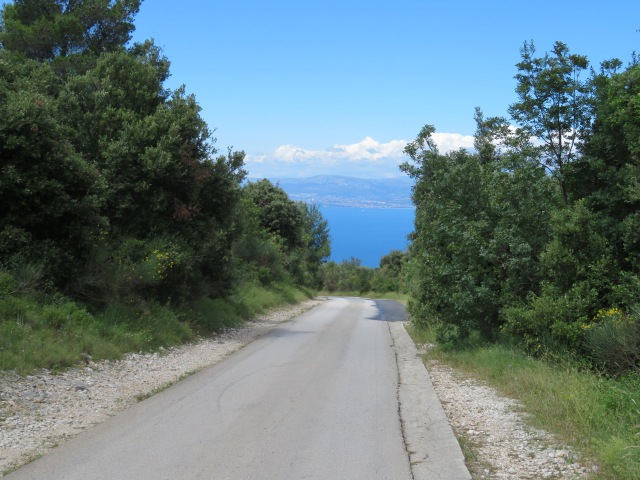 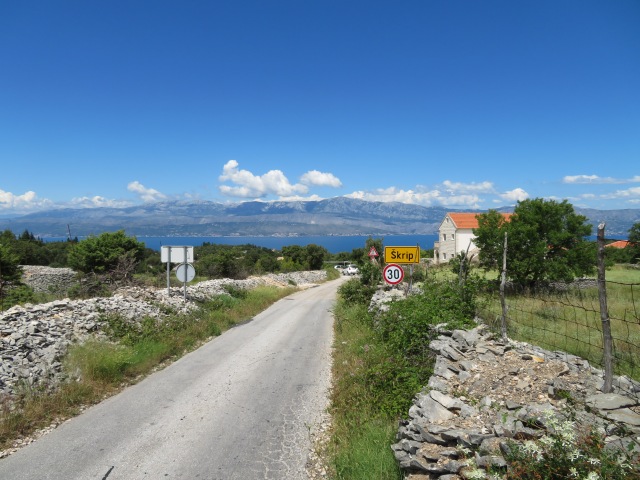 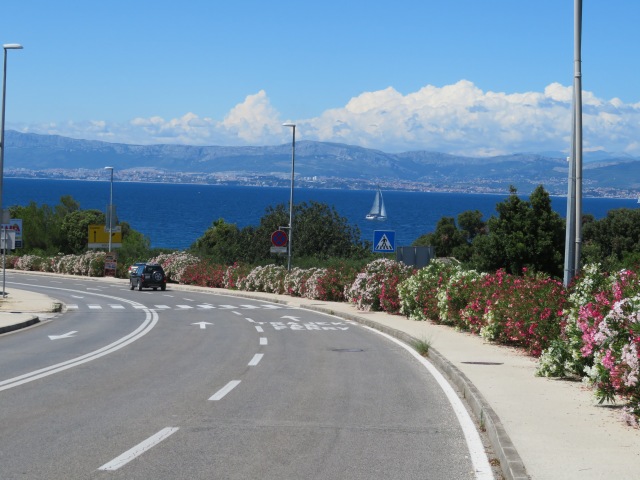 Tourism is important in Croatia and key to the economy and that is the case on the islands. But there are still many islanders that heavily rely on the land. Agriculture  and fishing are important and farmland is abundant. Just about every fruit and vegetable seems to be grown over here, but olive trees and grapevines certainly dominate. Brač has some of the best olive oil around and is quite popular in the restaurants of Split. 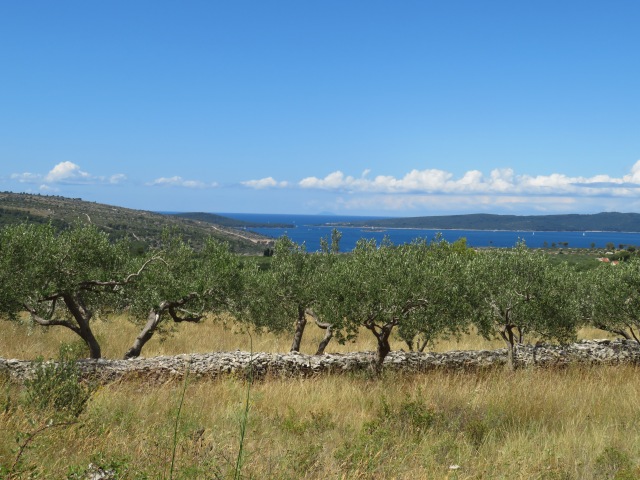 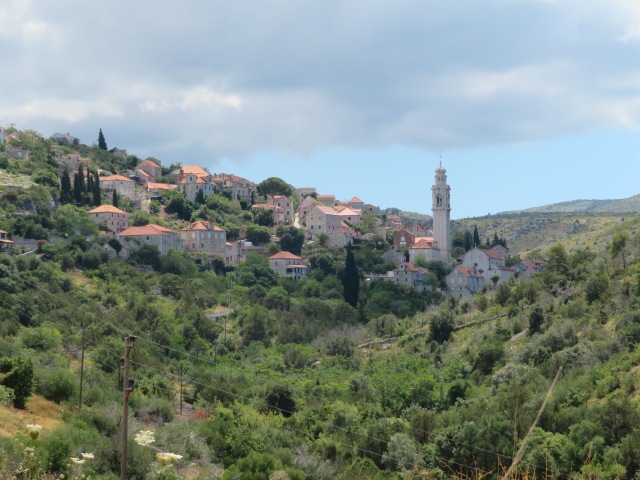 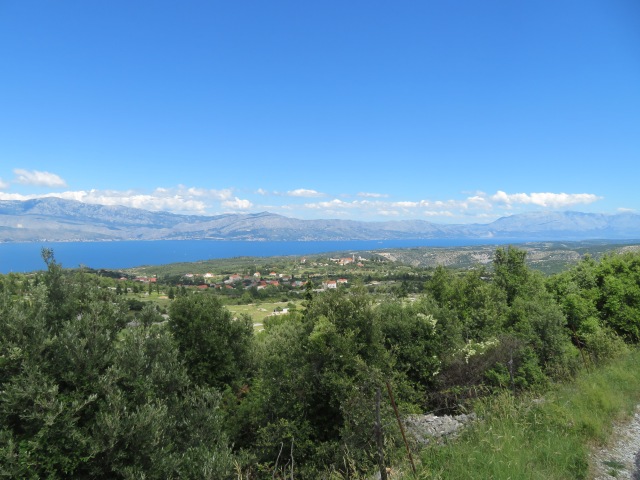 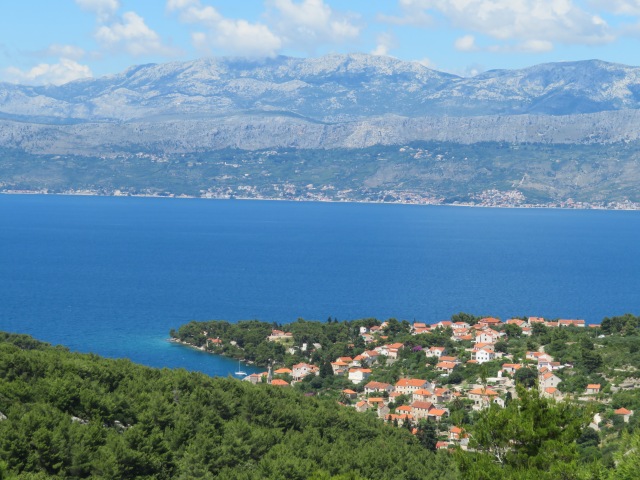 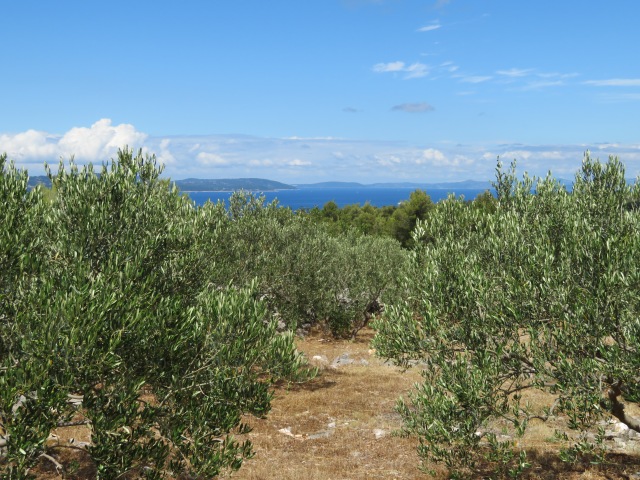 Brac is also known for its white limestone which has been used for centuries and was used in many prominent buildings including the White House back in the States. Major quarries where the famous Brac building stone is excavated are located near the villages of Pucisca, Selca, Postira, Splitska and Donji Humac.  Quarries, sculptures and stone schools can be found all around the island.  Most of the homes in Brac (and Croatia) are made of this pure white limestone. 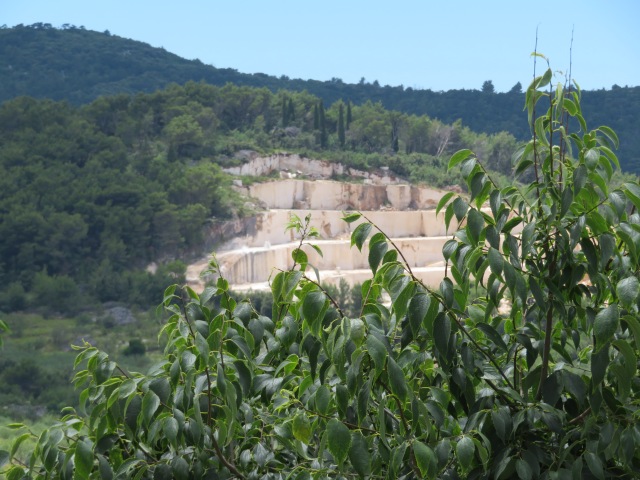 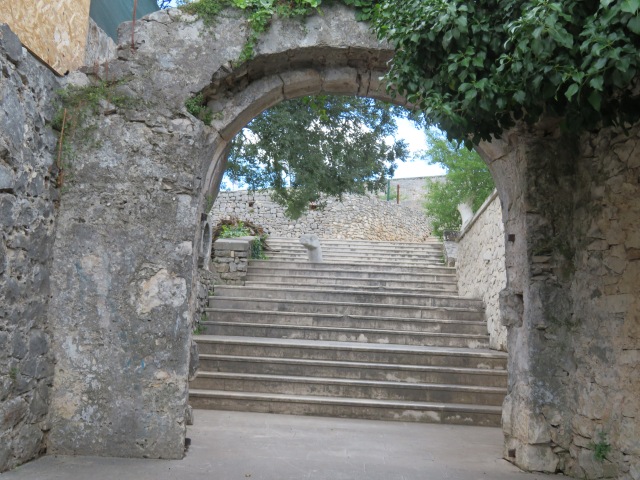 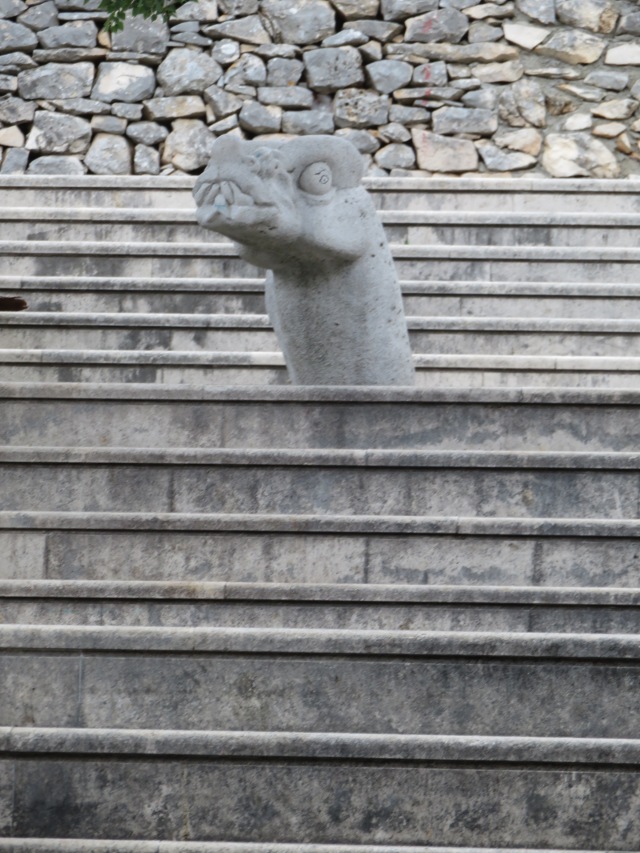 After a few hours of cycling in the sun and a couple big climbs, we enjoyed sitting down at Konoba Kopacina located in the village of Donji Humac for some of their famous roasted lamb which did not disappoint. 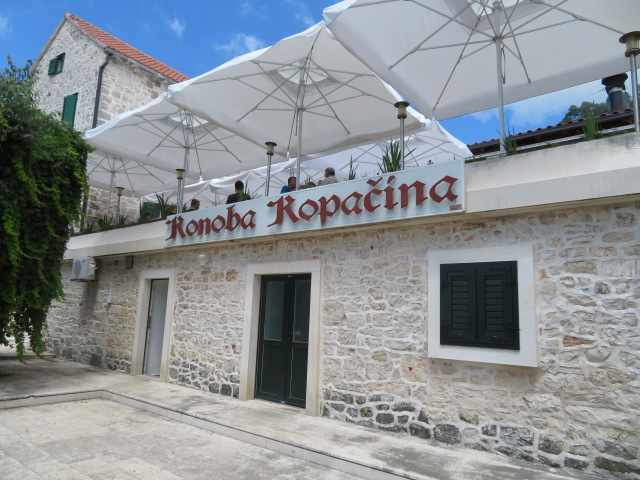 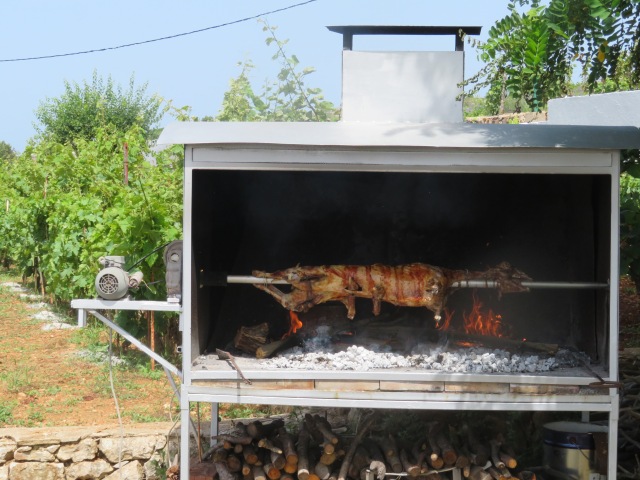 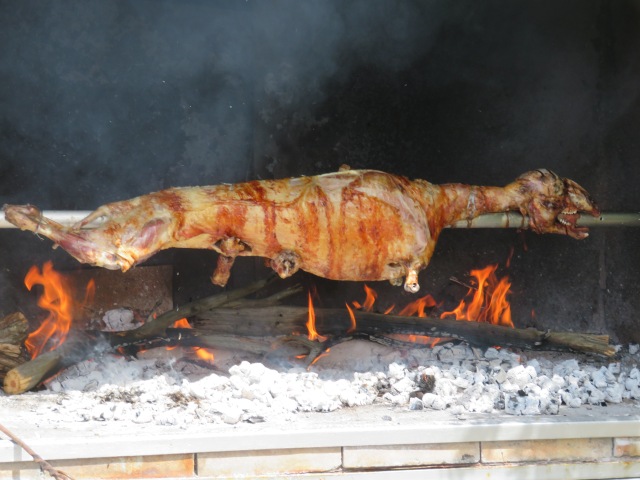 A short hour ferry ride from Split, Brač is definitely a worthy of a day trip if you are looking for a spot to cycle or just a harbor for a swim and lunch. After cycling Brac, we headed back to Split for the night to cycle another island the following day.  Stayed tuned for more of the Croatian islands. 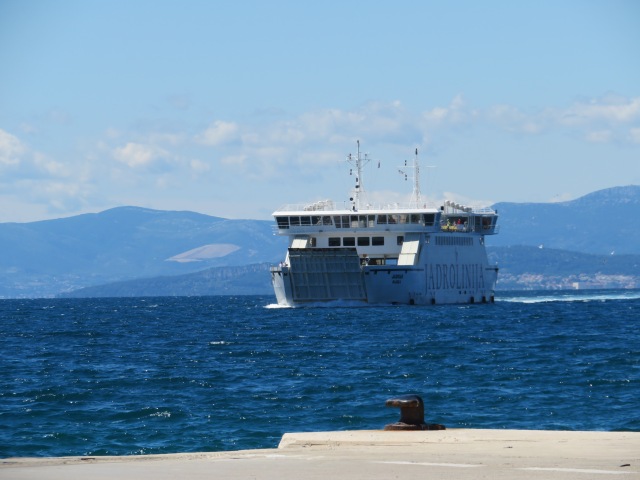 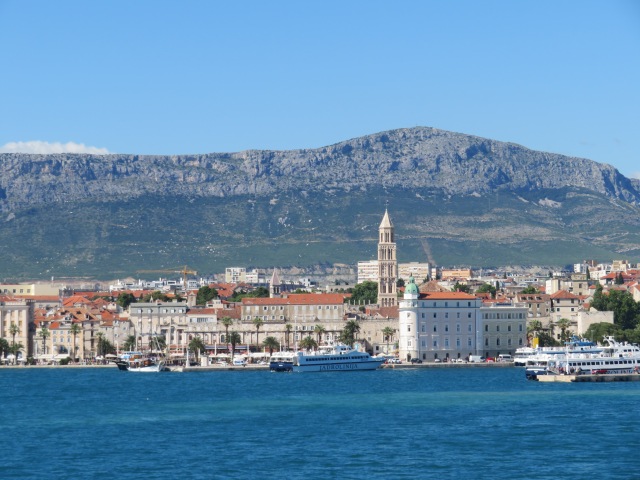